Why we can’t trust Apple

There’s an old story of an American writer – maybe it was John Updike or Kurt Vonnegut, I can’t remember – at a lavish party held at the summer home of a Wall Street banker. The writer (let’s say it was Updike) stood with his drink observing the Gatsbyesque scene. The gardens, the musicians, the guests in expensive clothes. And someone asked Updike, How does it feel, having worked your whole career as a writer, knowing that no matter how many books you sell, you’ll never have as much money as this banker? He responded, “It doesn’t bother me, because I have something the banker will never have.” “What’s that?” Updike said: “Enough.”

This story came to mind as I prepared my Techtonic show this week, titled “Why you shouldn’t trust Apple.” (See the show notes, stream the show, or download the podcast.) My message was that we might need to keep using Apple products, since the alternatives from Google and Microsoft are so abysmal, but we should at least not trust Apple. It’s too rich. And its inevitable corruption is starting to show.

Do you know how much a trillion dollars is? Consider this example. If Apple started paying you a dollar every second, without stopping, that’s 3,600 dollars an hour. Now consider if Apple paid you at that rate, 24 hours a day, all seven days a week, continuing through holidays, all year. You’d be making $31 million per year. Not bad.

At that generous pay rate, if you saved every single dollar you made, you would eventually accumulate a trillion dollars . . . in several hundred years. Wait – that’s a long time. Is that right? No. You’d actually get to a trillion dollars after 31 thousand years.

To get to two trillion dollars, simply double the amount of time. To be exact: at a salary of $31 million per year, it would take you 63,376 years, 64 days, 2 hours, and 30 minutes. Congrats! You’ve accumulated the market cap of Apple. (Well, almost – last month Apple was at 2.2 trillion.) But you get the idea: two trillion dollars is an unthinkably large amount of money.

Now we stand here, observing a Gatsbyesque scene. The circular spaceship sits humming in the middle of its ersatz forest in downtown Cupertino. The trillionaire company looks around, realizes it has won capitalism, and says . . . what? “Now I can relax because I have enough”? No. Like the banker who threw the party, Apple surveys the world from its summit and says: I want more.

This is a problem for all of us. Most people who can afford one have bought their iPhone or iPad already. The programmers already have their MacBooks. And while everyone will need to buy replacements at some point, that’s a steady-state or at best low-growth business. When Apple says more, it means the Wall Street kind of “more”: a hockey stick of growth.

Which means, Apple needs to find growth outside its usual business.

And these days, that means: advertising.

And a surveillance-enabled ad business leads, inevitably, to deceiving customers.

I’ve covered Apple in past columns. Remember when Apple ripped off the Washington Post for an ad campaign? Or when Apple turned on, by default, video and audio recording when you take an iPhone photo? Or their announcement that Apple surveillance glasses are coming soon? Fun times, all of them. But none of those encompass the scale of what we’re about to face from Apple.

Apple Is an Ad Company Now, declares a recent Wired UK article. “Apple has sold ads inside Apple News and the App Store since 2016 but in recent months has shown a new determination to muscle into an industry dominated by Google, Meta, and Amazon.” That’s right: in order to eke out a few more quarters of growth, Apple is beginning to take on the practices of Google and Meta/Facebook, the original surveillance capitalists, as well as Amazon, the company surveilling customers and their families, from their doorbell to their kitchen counter and beyond.

As this Proton blog post (Nov 24, 2022) puts it, “Apple’s advertising operation follows the surveillance capitalism model of its rivals . . . Apple currently brings in roughly $4 billion from advertising and is forecasted to bring in as much as $30 billion by 2026.” There’s the hockey stick of growth that Apple is looking for. It will require a tremendous amount of surveillance.

Some readers might remember that Apple recently claimed to be defending users’ privacy with a new iPhone setting that turns off Facebook’s surveillance. But this is just a bid to keep users’ data out of the hands of Facebook, so that Apple can monetize the data itself. As the Proton post says (emphasis mine):

Unfortunately, this is another example of Big Tech introducing privacy measures that prevent competitors from accessing your data so that it can keep it all for itself. To these companies, privacy means “no one can access your information but us.”

It gets worse. Even when users try to turn off Apple’s surveillance, it’s not guaranteed that Apple abides by that setting. For the past month Gizmodo has been running an important series of articles covering Apple’s apparent deception. It all started on Nov 8, 2022 with Apple Is Tracking You Even When Its Own Privacy Settings Say It’s Not, New Research Says. Security researchers “found the analytics control and other privacy settings had no obvious effect on Apple’s data collection – the tracking remained the same whether iPhone Analytics was switched on or off.” These revelations have led to a class action lawsuit against Apple. As Gizmodo writes, it’s not a good look for Apple:

The findings are especially damning given the years Apple spent rebranding itself as a privacy company. Apple’s recent marketing campaigns suggest the company’s privacy practices are supposed to be far better than other tech companies. It emblazoned 40-foot billboards of the iPhone with the simple slogan “Privacy. That’s iPhone.” and ran the ads across the world for months.

Privacy, that’s iPhone? Hardly. I’ve always found it interesting that those giant billboards show, in the foreground, three larger-than-life camera lenses jutting out of the iPhone, looking down on the viewer. Sure, Apple, go ahead and jam a camera in our face and call it “privacy.”

The need for ad growth has already pushed Apple to some unsavory acts. Apple developers are frustrated with gambling ads appearing across the App Store, reported The Verge on October 26. “Gambling app ads have even started showing up beneath apps meant to help users recover from a gambling addiction.” ... and soon after, Apple pauses App Store gambling ads after developer outcry: “It’s unclear if [Apple] will actually address the the issue, or just wait for the smoke to blow over.” As as an Insider piece last month put it, with a headline that fully describes the article, Apple’s App store has become an ad-infested imitation of its former self, which is not good for iPhone users or developers.

As Apple continues its bid for “growth at any cost,” we’re going to see the company look more and more like Facebook and Google, the very companies Apple claims to be opposing. (From the Insider article: “In prioritizing revenue over serving its customers, Apple is becoming the very thing it used to mock.”) And that’s on top of Apple’s other unethical behavior, like the usurious 15% to 30% tax of every dollar spent on the app store, stifling third-party developers, something the Open App Markets Act would fix, if Senator Schumer would allow a vote on it.

Even more chilling, as described in my show links, are the stories of how Apple has helped authoritarians in Russia and China tamp down on democracy activists – removing pro-democracy apps from the app store, and most recently, making a change to the AirDrop feature so that it’s now more difficult for activists to share data anonymously. The devices might say “Designed in California,” but they might as well say “Moscow and Beijing,” too. Apple will do anything, with anyone, or to anyone, to keep up its growth.

You can’t trust a monopolist, and you definitely can’t trust Apple. The even greater danger is what comes next. Apple has already shown its willingness to exploit developers and suppress democracy. Now, with a market cap of two trillion dollars, Apple wants more. It’s getting ready to exploit you, too. 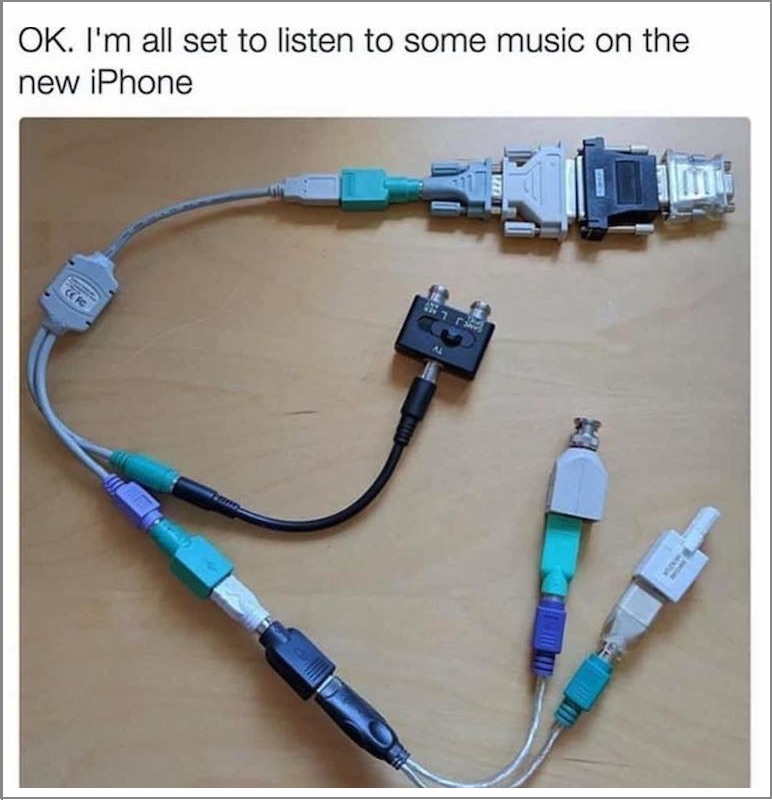 Until next time, I hope you’ll join me on the Creative Good Forum.