In the swirl of Olympics headlines and dystopian-tech announcements this week, you might have missed a small Ars Technica article about an $85 million class-action settlement involving Zoom, the ubiquitous videoconferencing company.

It turns out that Zoom wasn’t exactly truthful in its repeated claims to protect users’ privacy. As the article puts it:

Zoom has agreed to pay $85 million to settle claims that it lied about offering end-to-end encryption and gave user data to Facebook and Google without the consent of users.

In other words, Zoom claimed to offer end-to-end encryption to protect users’ privacy, and that wasn’t true. Also, the company claimed that it “takes privacy seriously” while it was sharing user data with Facebook and Google.

Predictably, Zoom admitted no wrongdoing, even as it agreed to the settlement. And the $85 million penalty, barely a parking ticket, is unlikely to motivate any change in behavior.

I bring up Zoom not because it’s the biggest story of the week. After all, unethical behavior in Silicon Valley is covered almost daily in the news, and usually it’s at much larger companies than Zoom. Instead, I mention it because the story highlights a fundamental problem in our Big Tech-led economy, one that deserves a lot more attention. The problem is trust.

Untrustworthy tech giants like Zoom present an especially pressing problem both because of their influence and the lack of recourse for the rest of us. First, the sheer size of these monsters is hard to comprehend. The five Big Tech giants (Amazon, Microsoft, Google, Apple, and Facebook) are now collectively valued at over 9 trillion dollars. As the NYT’s Shira Ovide put it, “America’s technology superstars have launched into a completely different stratosphere.” This concentration of wealth and power will – I guarantee – increasingly express itself, and protect itself, in ways that we don’t like.

And there’s not much we can do about it. Unlike a corrupt government, which by law “we the people” have at least a nominal ability to vote out, we have no power over the day-to-day decisions of a tech giant. Ordinary citizens have no legal recourse against the predations of a trillion-dollar company, let alone a two-trillion dollar company like Apple or Microsoft.

Our lack of leverage allows the platforms carte blanche in how they’d like to behave. Zoom, for one, has long been known to be untrustworthy. I say this not just because of the Ars Technica story. Security researchers for years have warned against Zoom’s lax attitude toward security and privacy: just look at Zoom’s privacy and security citations on Wikipedia. (There are dozens of footnotes.) There’s just no incentive for Zoom leadership to change its behavior.

I can imagine the executives laughing at this article: “So what if we’re untrustworthy? We’re still making money hand over fist, and you’re still using the service!” And the executives have a point. We are increasingly required to use the same platforms that have lost our trust. As I wrote in my May 27 column, Is your phone listening to you?:

Many people use horrible Big Tech services because there are no alternatives (because the monopoly tech cos stamped out all competition).

Using this sludge is increasingly a de facto requirement for employment, education, citizenship, you name it.

This week, unfortunately, things got worse.

Apple compromises your privacy – and asks for your trust

Surveillance is only increasing. Yesterday the news broke that Apple plans to begin scanning the “private” photos on people’s iPhones, looking for abusive content. (From the NYT yesterday: Apple’s iPhones Will Include New Tools to Flag Child Sexual Abuse.) The EFF, in this post, called Apple’s move “a shocking about-face for users who have relied on the company’s leadership in privacy and security.” And techies have started collecting signatures on an open letter “against Apple’s privacy-invasive content scanning technology.”

Everyone should be worried about Apple’s announcement. While it’s a noble premise, flagging malicious and illegal content to law enforcement, the precedent is terrifying. Apple, acting on its own or at the behest of a government, can look through your personal data, without your knowledge or consent, using an opaque algorithm, and take actions to which you have little or no recourse.

Imagine if, pre-internet, a company or government had announced: “We’re going to drop by your house occasionally and rifle through your personal effects – printed matter, photos, possessions – and, through a secret calculation, assign you a score you can’t see. Any score that trips an alarm, for reasons we can’t divulge, will quietly be reported to the authorities, who will announce their presence by breaking down your front door. Have a nice day!”

But Apple assures us that this new level of surveillance is perfectly safe, totally benign, and won’t be misused. Why? Because, Apple says: you can trust us.

The more Big Tech grows, the more the monopolies will ask us to just trust them. Which, to me, is a laughable argument, especially for Apple. After all, it’s a two-trillion dollar company desperate to find new areas of growth while protecting its power at all costs. We’re supposed to believe that Apple granting itself new surveillance powers is in our best interest?

I’ll conclude with one more brief case study, that of eBay, which provides another good example of a Silicon Valley company blatantly violating the public’s trust. This is something of an update to my June 19, 2020 column, when I wrote about this originally: eBay leadership in 2019 ordered criminal harassment of Boston-area writers who were critical of the company. This involved sending threatening items (a bloody pig-face mask, a funeral wreath, live spiders, and more) to the couple’s home. This week, the writers told the story of their experience in a gripping Boston Globe article.

What I found especially important about the story is the involvement of senior eBay leadership in the harassment campaign. As I wrote last year:

Following the explicit direction of the CEO to “take her down,” and the explicitly stated intentions of the CCO to “crush this lady,” eBay executives planned and carried out a campaign of intimidation against Ina Steiner and her husband.

The eBay CEO at the time, Devin Wenig, who had sent a text asking a direct report to “take her down,” departed eBay with a $57 million payout and now sits on the board of General Motors. Predictably, there’s no admission of wrongdoing: Wenig’s lawyer told the Boston Globe that “he did not know of, approve, or authorize” the harassment campaign.

The more I learn about the Silicon Valley power structure – which increasingly runs the economy – the less I trust it. Meantime, Silicon Valley platforms launch opaque algorithms, exploit their asymmetry of information, and tune their businesses for maximum exploitation. And whenever someone asks a question, they give the same response.

While it’s dispiriting to consider our lack of power in the face of tech’s corruption, I still think it’s worth pointing out the problem. We’re all affected by it. And if we don’t raise the alarm, we’re guaranteed to see even worse behavior.

Thanks for reading. And for those of you who have joined Creative Good, helping to keep my efforts alive, thanks for your support. (Just over 1% of newsletter subscribers have now joined! You can bring it up to 2% – by joining here.) 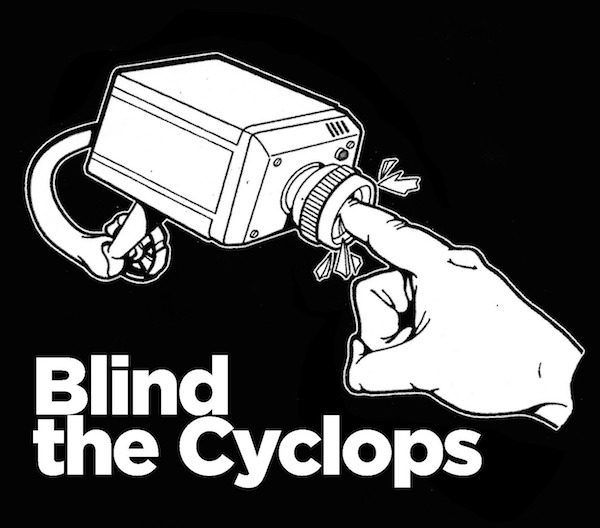 • 🔒 On Pegasus spyware and Jon Fasman's interview on We See it All (July 20).