The banality of tech

Important announcement, before we start: This week marks six months since I announced the Creative Good community. I’ve published dozens of columns since then, and we’ve had some superb discussions on the Forum.

But over 98% of subscribers are still reading the newsletter without chipping in. Unfortunately that’s an unsustainable number. I’ve written the newsletter for free since 1998, but after 23 (!) years it’s time to change course. I need support from you, the readers – seeing as I don’t run ads, I don’t use tracking or surveillance, and I avoid Silicon Valley platforms like Substack.

That means that this is your last free weekly newsletter before I begin restricting most access behind a paywall. I plan to occasionally publish a freebie for everyone, but on most weeks I’ll send my newsletter to paid subscribers. Please join Creative Good to support my efforts – and meet some fellow community members! – trying to make tech better. 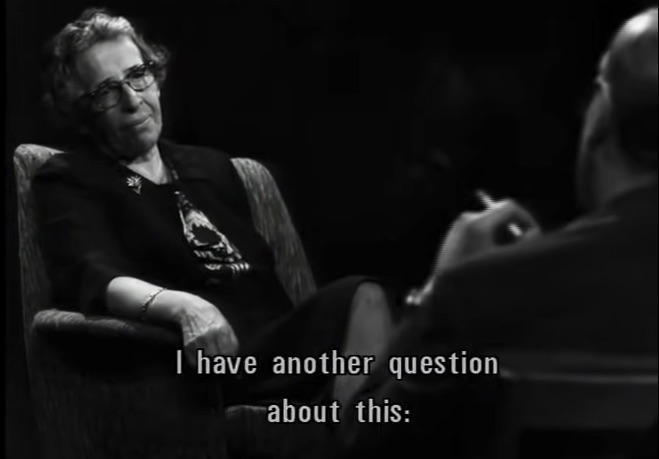 The banality of tech

I came across a fascinating 1964 TV interview of Hannah Arendt, thanks to a post by novelist Christopher Brown. Arendt, political theorist and author of books like The Origins of Totalitarianism, is perhaps best known today for her phrase “the banality of evil,” which appears in the subtitle of her book Eichmann in Jerusalem.

You can watch the video here (on toxic Google/YouTube, so clear your cookies afterward). It’s worth a look. As Brown writes:

This is such an amazing cultural artifact, the high contrast black-and-white complementing the crystalline clarity of the conversation, as the cigarette smoke swirls between both interviewer and subject, not quite occluding the true dystopia they recount.

Airing shortly after Eichmann was published, the televised interview is a wide-ranging conversation with Arendt about her role as an intellectual, her writing process, her experiences in the war years, and how she get involved as a theorist in the first place.

A few minutes into the conversation, the interviewer asks a question that causes Arendt to sit in silence for several seconds. Her answer has resonance for us today, so I’ll quote the transcript (from the English subtitles, as the interview was in German). Emphasis below is mine:

Interviewer: Is there a definite event in your memory that dates your turn to political events?

Arendt: I would say February 27, 1933. The burning of the Reichstag and the illegal arrests that followed the same night. The so-called protective custody. People were taken to Gestapo cellars or concentration camps. What began then was monstrous. But it has since been overshadowed by later events. It was an immediate shock for me. From that moment on I felt responsible. I was no longer of the opinion one can be a bystander.

The moment that turned Arendt onto the path of political theory, and all the brilliant work that followed, shocked her into action. No longer could she “be a bystander.” She now “felt responsible.”

That last phrase sounds a little strange today. Having witnessed a violent assault, when Arendt says she felt responsible, of course she doesn’t mean that she had somehow been complicit in the acts themselves: instead, she’s saying that she felt responsible for what would happen next, for the future of her community. What’s more, having seen what the Nazis had set in motion, I think she felt she would, in some way, be responsible for further acts if she did nothing – that is, if she remained a bystander.

Arendt’s words strike home today, in a moment when we’re presented with a rather stark choice for our allegiance. In 2021, just as in 1933, there’s a rising power making grand pronouncements about its global ambitions, claiming to possess the unique ability to solve all of society’s problems. And just as in Arendt’s time, the rising power stands in defiant opposition to democracy.

I speak, of course, of the global tech axis. This is the handful of corporation-states – Facebook, Google, Apple, Amazon, Microsoft – and their vassal tech partners. Nominally based on the west coast of the United States, these companies are swiftly metastasizing throughout North America and Europe. Their aims are nearly global – “nearly” because they know, for now, to halt at the gates of the Chinese empire.

Like the American tech giants, China is severely opposed to democracy, and for the same reason: supreme power, when pursued obsessively, must never be shared, certainly not with common citizens. But China has outpaced Silicon Valley in one way, in that the CCP (Chinese Communist Party) was able to muzzle its domestic tech giants before they challenged the state. In contrast, the US government, not understanding the extent of Silicon Valley’s ambitions (let alone the similarity between Big Tech and the CCP), allowed the companies to grow unabated: acquiring rivals, avoiding taxes, harming citizens for profit and lying under oath about it, even aiding and abetting a takeover attempt of the government itself.

The US government’s failure to assert democratic power over Big Tech has left the country in an increasingly vulnerable state. The leaders of the tech axis now make the bold claim that they – and only they – can manage the economy, health care, education, travel, commerce, entertainment, and news media. And only they can defend us from the Chinese threat – as though Big Tech was meaningfully different from the CCP.

At the risk of running afoul of Godwin’s Law, I want to argue that our moment, today, presents us with a moment of decision similar to that which Arendt faced in 1933. The physical circumstances are different, of course – no seat of government has literally been burned down, though the Facebook-fueled mob on January 6 came close. Rather, we see a swiftly rising power, arrogant in the extreme, proclaiming “solutions” on a global scale (and even beyond this world, if we consider the soon-to-be tens of thousands of surveillance devices in orbit around the earth, or the ridiculous promises of landing techies on Mars). These companies survey their near-infinite resources – money, technology, programming talent, political leverage, global reach – and conclude: we want more.

If there’s one moment to shock us into action, it must be Zuckerberg’s announcement of the “metaverse,” coinciding with the dramatic and public revelation of his, and his company’s, long history of criminal behavior. I wrote Smiling in the metaverse to present my conclusions. Nicholas Carr offers a brilliant analysis in his column on Oct 31, explaining Zuck’s one and only goal for the metaverse:

He’s in it for the money. His goal with the metaverse is not just to create a virtual world that is more encompassing, more totalizing, than what we experience today with social media and videogames. It’s to turn reality itself into a product. In the metaverse, nothing happens that is not computable. That also means that, assuming the computers doing the computing are in private hands, nothing happens that is not a market transaction, a moment of monetization, either directly through an exchange of money or indirectly through the capture of data. With the metaverse, capital subsumes reality. It’s money all the way down.

Since Zuck’s announcement, Microsoft has raced to follow along, with CEO Satya Nadella announcing his company’s metaverse ambitions: this video excerpt, apart from the incomprehensible tech-gibberish (Microsoft launching a “trust fabric” is something we could have lived without), announces that Microsoft is “creating an entirely new platform layer, which is the metaverse.” Not to be outdone, Nike has announced its own metaverse team, headed by – I’m not making this up – a superfan of Google Glass, a dystopian and idiotic device that I helped kill. Here we see the tech axis, represented by Facebook and Microsoft, and a vassal firm, Nike, showing their unified intent to build a fully surveilled, fully corporatized alternative to reality. It’s coming.

Seeing this, we’re left with Arendt’s choice: how do we choose to act? When we see what’s happened, and when we can clearly see what trajectory we’re on, we must choose what role we want to play. Will we feel responsible, and take action? Or do we want to be a bystander? 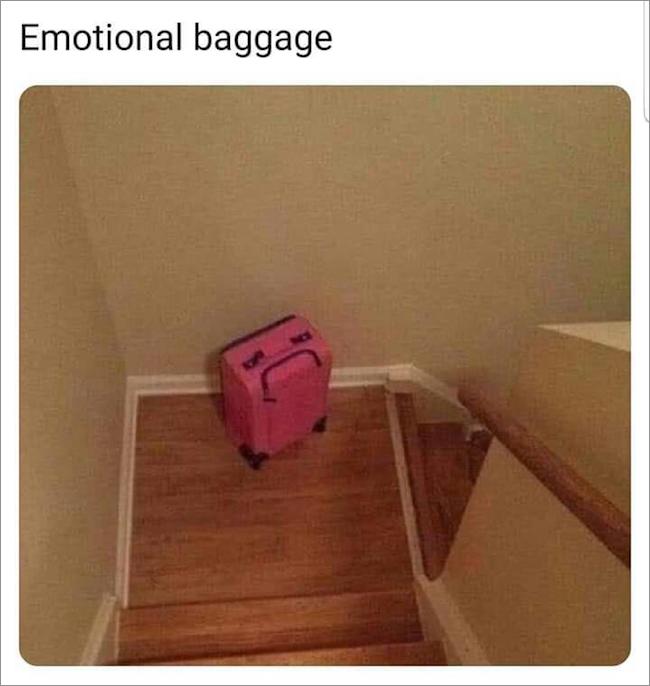 (Make the baggage happy. Join Creative Good. This is your last weekly issue!)