The tech industry would like to apologize. The business model stinks, as I described in my post last week, and now that the public is catching on, several Silicon Valley companies have fired up their marketing teams to head off the PR crisis... though, of course, not to change the business model.

Apology 1. Mark Zuckerberg and Priscilla Chan are facing a public complaint from their own foundation staff about Facebook's profiting from incendiary content. In response, Zuck and Chan posted a sorry-not-sorry letter, saying in effect, "Sure, Facebook profits from calls for violence - but, see, we are a totally independent foundation - yes yes, maybe our money came from Facebook, and maybe we were co-founded by the head of Facebook, but we're shocked - shocked! - that the Internet has such awful content." In other words, no changes. (One staffer called the response tepid. That's one way to put it.)

Apology 2. Nextdoor's CEO went online to apologize for the company's profiting from amplifying distrust, especially of Black neighbors. The letter says, essentially, "We're not changing our business model, but we will throw some moderators at it, Facebook-style." As NBC's Ben Collins reacted, "I'm not sure you're using the same website everybody else is using." Two other snarky but amusing replies: Robert Goldberg, Katie MacBride.

NextDoor, by the way, came up in my interview with Chris Gilliard on Techtonic this week. We talked about his Fast Company article comparing Big Tech's public messages of support versus their exploitative business models. Listen to our interview here: it starts around the 7-minute mark. You can also see show notes.

What Chris accurately points out is that the public pronouncements of these companies are not worth anything on their own. Instead, we have to pay attention to the business model, which as I said, stinks. Really, listen to the interview. (Here, this link will get you exactly to where it starts.)

It's the outcomes that matter, not the solemn pronouncements. As Amber Hamilton put it, "I just do not care about company's celebrating Juneteenth or cities renaming streets 'Black Lives Matter Way' or cop shows being canceled, [since these gestures] do absolutely nothing about the structural changes that are needed." But in the tech industry, the business model depends on exploitation. As I posted: "We've built an economy centered on algorithms promoting, and profiting from, outrage and extremism. The algorithm wants violence - it profits from violence - and Big Tech is getting paid the whole time."

Keeping that in mind, let's move to the next set of apologies. 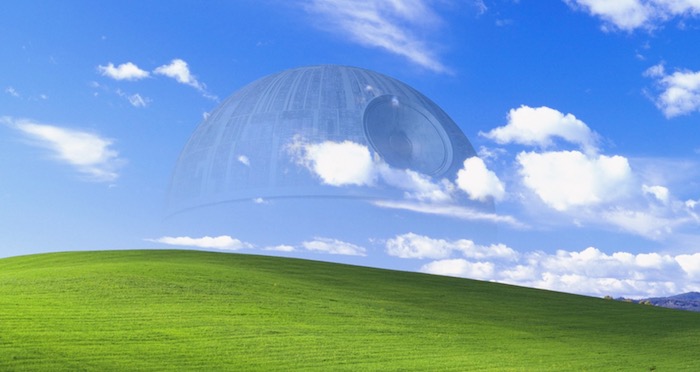 On Zoom, by the way, Paul Mozur offers helpful context in this thread. Mozur is an experienced journalist on China - and for years was based in China, until the government threw him out, along with other American journalists. Here's my interview with Paul a year ago: listen or see show notes.

Apology 4. OK, not an explicit apology, but in an acknowledgement of the unjust impact of facial recognition, IBM's CEO sent a letter to Congress on June 8, announcing that IBM is exiting the facial-recognition business. Well, maybe. Some careful wording about exiting "general purpose" facerec could still allow IBM to quietly make special-purpose, discriminatory facerec (as Business Insider points out). So - possibly no change to the business model.

Apology 5. Not to be outdone by IBM, Amazon announced a halt to "police use" of their facial-recognition platform, which has the name Rekognition, and I still can't believe they actually named it that. (This also comes up in my chat with Chris Gilliard - take a listen.) As the NYT's Mike Isaac posts, "not sure why amazon got any kind of credit yesterday for suspending selling its facial recognition tool to cops for a year. it's the definition of waiting out the news cycle before eventually - and quietly - restarting the practice." I'll give Amazon credit for the gesture - it's more than they've done to date and a testament to the sustained activism that has kept the conversation alive. But Isaac may be right that there's no enduring change.

Apology 6. Not to be outdone by Amazon, Microsoft activated its president to publicly state how it's turning over a new leaf, too, and stepping away from facial rec until a "national law" sorts everything out. As Bloomberg's Ryan Gallagher points out, "Interesting to see Microsoft grandstanding on human rights in the US, meanwhile in China it continues to heavily censor Bing & LinkedIn in compliance w/ CCP demands & also recently worked w/ a Chinese military university on using artificial intelligence to analyse people's faces." In other words, as long as the money keeps rolling in from Chinese surveillance, Microsoft can forego some domestic revenue and claim the moral high ground, which, as people used to say, is "priceless." No change.

See a pattern here? It's the underlying business model, not the public pronouncements, that matter. We have to look deeper. From Representative Matt Gaetz, here's an interesting suggestion: "The game you're watching here isn't the game being played. Microsoft, Amazon and IBM were losing the facial recognition race to Clearview so they stopped running." Clearview, of course, is the mobile-facial-rec app that's been quietly in use for months now.

We can hope for change, real change, to these companies' business models, but I don't think we've seen anything yet. And in case you think PR means much: read what William Fitzgerald, ex-Googler, says about how Google plants op-eds in newspapers.

One last bonus apology. General Mark Milley, head of the Joint Chiefs of Staff, says sorry for being part of the Current Occupant's shameful photo-op holding a bible in front of a church. This one actually is an apology, and I applaud the general.

Let's keep our eyes open. Have a good week.