Big Tech and the good octopus

Today I review two Netflix documentaries you need to see. One is essential but flawed, and the second is more or less perfect. Below, a review of each, and why they're important to watch during this chaotic moment.

First up, The Social Dilemma is an essential documentary describing how Big Tech affects all of us through addictive design and manipulative algorithms.

I call the movie "essential" not because it's perfect - to the contrary, read on! - but because it explains the basics of the threat posed by Silicon Valley. The talking-head interview format is interleaved with a morality play, featuring a fictional middle-class family, making for a broadly accessible explanation of surveillance capitalism.

The interviews are impressive, too, split between Silicon Valley insiders - the inventor of Facebook's Like button, for example - and high-profile critics like Shoshana Zuboff (The Age of Surveillance Capitalism) and Cathy O'Neil (Weapons of Math Destruction). I was happy to see Techtonic guests featured: early Facebook investor Roger McNamee (May 2019), VR pioneer Jaron Lanier (July 2018), and Shoshana Zuboff (May 2019).

The main thrust of the movie will be familiar to my newsletter readers and radio listeners: Big Tech makes money from intrusive surveillance, combined with manipulative algorithms that nudge whole populations, inch by inch, toward extremist beliefs and behavior. It's not because Silicon Valley set out to create extremists - there was no pre-existing strategy at Facebook to "create more flat earthers" - but because, and this is the key point, engagement makes money, and lies are more engaging than the truth. Big Tech merely has to tune its system to create "engagement at any cost" and - boom - you have flat earthers, anti-vaxxers, political extremists, and conspiracy theorizing of all sorts. (I've covered the stomach-churning depths of Big Tech's moneymaking efforts, as in this column about the horror that is YouTube's profit engine, which apparently continues today, despite being discussed publicly in a U.S. Senate hearing: see the first highlight in my July 2019 column.)

I can only hope that "The Social Dilemma" will raise enough awareness for us to start taking meaningful action to shut down Big Tech's toxic business model, if not shut down the companies themselves. So I appreciate the movie, and I hope it gets a wide audience.

With all that said, I have a complaint about the movie: it's incomplete. Dangerously so.

As I watched the movie, I had a growing feeling of unease as insider after insider paraded on-screen with his mea culpa. Wait, I thought, are they suggesting that these young Silicon Valley techies are all there is to the story? We're not supposed to think these guys are our saviors, are we? Now that they've made their bajillions of dollars and are comfortable enough to say they made a mistake?

I got my answer, near the end of the movie, from a comment by ex-Googler Tristan Harris. Yes, in fact, he appears to believe that he and his Silicon Valley contemporaries are the ones uniquely positioned to save the world. I'm tired of this sort of narrowminded view. For years we've heard how "disruptive innovation" and "lean startups" will "move fast and break things." Enough. Enough. Enough. It's fine to include their mea culpas in the movie, but the conversation about Big Tech must include people other than the tech bros who caused the problem.

Why, for example, didn't the movie include some other past Techtonic guests: Chris Gilliard (June 2020), Safiya Noble (January 2019), or Meredith Broussard (May 2018)? All three are Black scholars who speak to the effects of surveillance and algorithms on marginalized communities. (More detail in this June column.) By leaving them out, the movie is excluding perspectives from communities most affected by Big Tech's arrogance. During the 90-minute movie, the first and only Black interviewee appeared 57 minutes in, on-screen for a few seconds.

Ironically, the movie's mistake of omission is similar to the problem that inspired the movie in the first place: adopting a too-narrow focus on the concerns and desires - and now, regrets - of a small group of privileged men. While I applaud those men for going public with their criticisms, it's dangerous to suggest that only they can solve the problem. To solve the mess that Big Tech has created, we'll need to include other voices, and other communities, especially those scholars who have been warning us of these problems for years.

Now, as they say, for something completely different. My Octopus Teacher is a terrific new Netflix documentary that you really should watch. And you probably will watch it at some point, because - prediction alert! - this movie is going to "hit" at some point. Maybe at the Oscars, maybe before - and it's so much more fun to watch it early. (Credit to Kevin Kelly's Recomendo for alerting me.)

Very briefly, the documentary tells the story of a middle-aged man who - fed up with his career - starts spending time every day diving in a kelp forest. And in that forest lives an octopus...

Much like I wrote about in my review of The Speed Cubers, I don't want to say more about the movie. Just watch it.

I will point out, though, that there's an interesting contrast to The Social Dilemma. If Big Tech demonstrates the deadly outcomes of narrowing our view, in "Octopus" we see the value of opening up, of broadening our perspective. Life has so much more to offer than ones and zeros.

Lots of other people are talking about "The Social Dilemma":

• From LibrarianShipwreck, a more critical review that's well worth reading: "In a world of empowered arsonists, 'humane technology' seeks to give everyone a pair of asbestos socks."

• Along the same lines, watch this brilliant one-minute parody of The Social Dilemma by Rachel Wenitsky.

• By a former Facebook executive: Tim Kendall's congressional testimony, from today. He was featured in The Social Dilemma.

• Mozilla posted a list of books and other resources helping broaden the perspective about tech and its effects.

• On a related note, Jamelle Bouie wrote an excellent op-ed in the NYT, Facebook Has Been a Disaster for the World: "Like industrial-age steel companies dumping poisonous waste into waterways, Facebook pumps paranoia and disinformation into the body politic, the toxic byproduct of its relentless drive for profit."

But seriously, go watch that octopus movie. And let me know what you think. 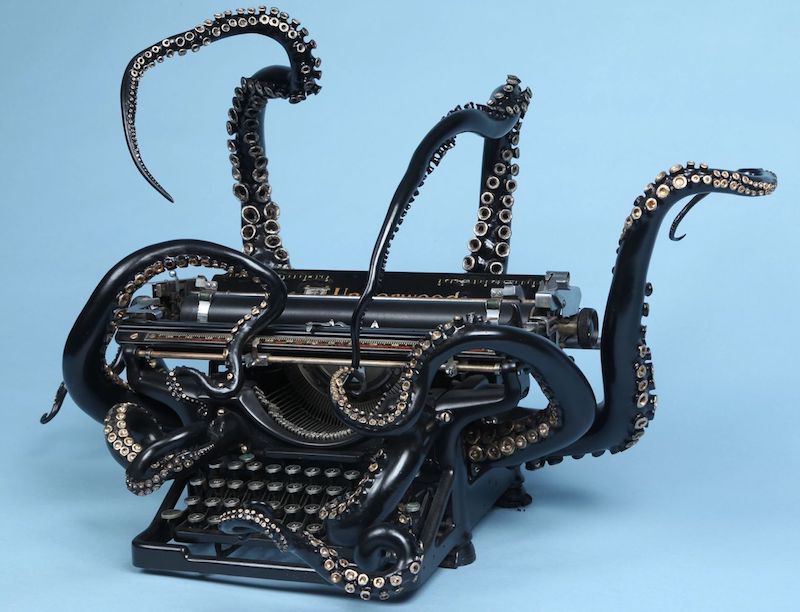