What to do when the storm arrives

Last night my family and I experienced Manhattan’s heaviest rain in recorded history: 3 inches (7.6 cm) in a single hour. The best description I can give is the view from inside a vehicle going through a car wash. Jets, torrents, buckets of rain thrown insistently against the window glass. There was wind, too, with a strange rumbling, which may have come from the tornado that slid across town just north of us. But the rain is what will stick in memory.

A day later, the city is pumping out, sweeping up, taking stock. New Orleans and other areas were hit hard, too. But there was something astonishing about the record-breaking rain. 3 inches in an hour, as I said, is the new record in New York. Previously it was 1.94 inches (5 cm) in an hour, set on August 21. That means the record stood for all of eleven days, before it was exceeded by over 50%.

Welcome to the storm. That’s the phrase echoing in mind, even as this morning arrived with nearly perfect weather. The storm system called Ida has whirled away, but the system causing volatile weather is still here, right on top of all of us, and the rotations are growing stronger.

I could say the same about out-of-control predatory Big Tech giants, or gaping inequality in the economy, or our fraying democracy, or or or. Things are moving fast, things are breaking. Disruption now multiplies with scalability and demonic efficiency. Records are broken, only to be broken again a few days later.

How should we live in this storm?

Earlier this week I happened to watch the 2013 movie “Pacific Rim.” Giant Godzilla-like monsters emerge from the ocean, destroying coastal cities, as countries scramble to respond. Like other movies, the monsters embody a lingering fear in society. Post-war Japan, for example, invented the radioactive Godzilla. Monsters in “Pacific Rim,” by contrast, act a lot like hurricanes and rising sea levels.

In the movie, cities try building towering cement barriers to hold back the threats coming from the ocean. At first the protection is solid, but then the monsters start coming more frequently, and with more strength. A lone scientist who studies the data is mostly ignored until his (climate) model turns out to be right: the threat from the sea is growing, and merely to “build a wall” is not the answer. (The solution, it turns out, is giant robots wielding plasma guns. It’s a fun movie.)

The relevant lesson from “Pacific Rim” isn’t so much how to win our battle against the storm – I don’t foresee any Iron Giants being built any time soon – but rather how to properly conceive of the threats coming at us. The scale of the movie is what sells it. These monsters are much, much bigger than any of us. When the camera zooms out, we see the “kaiju” smashing through 100-meter sea walls, hurling container ships like softballs, while ant-sized people scurry through the streets. Seen from that distance, it’s clear that individuals can’t defeat the monsters. We need a collective response.

From Afghanistan to your street

If one lesson is to pay attention to scale, another aspect of the storm is its ability to replicate. It effortlessly spins up clones, much like the double-spouted tornado in New Jersey yesterday. The threats multiply, then they travel. This is especially pertinent when we’re talking about the dangers of surveillance capitalist platforms.

Surveillance systems, I can tell you, love to travel. Just this week NBC News published a relevant story: A U.S.-built biometric system sparks concerns for Afghans (by April Glaser, Aug 31). From the article:

A biometric system containing the personal information of millions of Afghans is sparking concern among human rights advocates who worry it could be used by the Taliban to identify and potentially harm people who worked with the U.S.-backed Afghan government or international organizations that promoted women’s rights.

The system, which was created by the United States more than 15 years ago and eventually shared in part with the Afghan government, contains millions of fingerprints, iris scans and face photos of Afghan people who had their biometric data collected by U.S. and coalition forces, who were assigned to enroll as many people as possible.

I want you to pay attention to the detail that we – the United States – created this particular system. Like so much else we left in Afghanistan, it’s now likely in the hands of the Taliban. From conversations I’ve had recently, I think that most people aren’t aware of this incredibly important story, so here’s a summary:

In the early 2000s, after the U.S. military had been in Afghanistan for a few years, Pentagon leaders announced a new strategy for the war effort. Total, unyielding, inescapable surveillance. Thousands of American soldiers were deployed with handheld scanners to capture biometric data like iris scans, fingerprints, and facial photos in order to identify, and then track, all Afghans. Not just those who were suspected of crimes. All of them. As Annie Jacobsen writes in First Platoon, her book about this phase of the Afghanistan war:

The most powerful military force in the world would now begin collecting biometrics on almost the entire population of an unwitting foreign country, Afghanistan. By the fall of 2011, the Defense Department had biometric data on more than 2 million people in Afghanistan.

The program grew and grew. By 2013, the U.S. was working with the Afghan government on a program called “Afghan 1000,” which sought to capture biometric data on 20 million people in Afghanistan.

The reason for this totalizing surveillance, explained our leaders, was so that we could more easily respond to IEDs like roadside bombs. If there was video from a nearby camera – perhaps from the sky, part of our “overhead surveillance platforms” – showing someone leave the scene a few minutes before the blast, perhaps facial recognition would help identify the perpetrator. What’s more (promised the leaders), “predictive behavior modeling” could be applied to the data of the surveilled population and help identify who was likely to plant an IED in the future. Big data, AI, and ubiquitous surveillance, we were told, were going to win the war for the U.S.

I don’t need to tell you that the plan failed in almost every respect, except in its consistent delivery of profits to the tech companies who sold the hardware and software for surveillance. There’s much more to the story, and I’d recommend listening to my Techtonic interview with Jacobsen from this past February (listen here or download the podcast episode). I bring up the story today because it fits into our larger theme today of storms looming, gathering strength, and in this case, replicating. Because the surveillance system in Afghanistan has spread.

The original U.S.-built system in Afghanistan, as NBC News noted, is likely in the hands of the Taliban. And a near-clone of that surveillance system is being built here in the U.S. As Jacobsen writes:

Persistent surveillance systems similar to the [one in Afghanistan] are being used to watch and collect data on Americans back home. These big-data systems are controlled by a select few and understood by even fewer. This exacerbates the potential for inequitable and unlawful actions by the government against citizens . . .

Just for a couple of examples, see the FBI’s surveillance plane used against BLM protests. Or the ankle bracelets for high school athletes, purportedly for Covid tracking. Or the Atlantic article about Australia’s new app combining facial-rec and location tracking, to enforce Covid quarantine. I came up with these examples in about three minutes. There are many more.

Welcome to the storm. Giant, city-crushing monsters are on our streets. Whether it’s climate change and accelerating volatility, or the amorphous blob of Big Tech surveillance companies and their government partners – we face adversaries that are much, much bigger than we might imagine.

How do we live in this storm? First, we need to zoom the camera out. Way out. See how large these beasts are. Find out how they work, and who benefits when they go on rampages. We need to find each other and talk about what’s happening (as we do on the Forum). Once we’ve established our team, and our view of the monsters, we can begin to build our response. 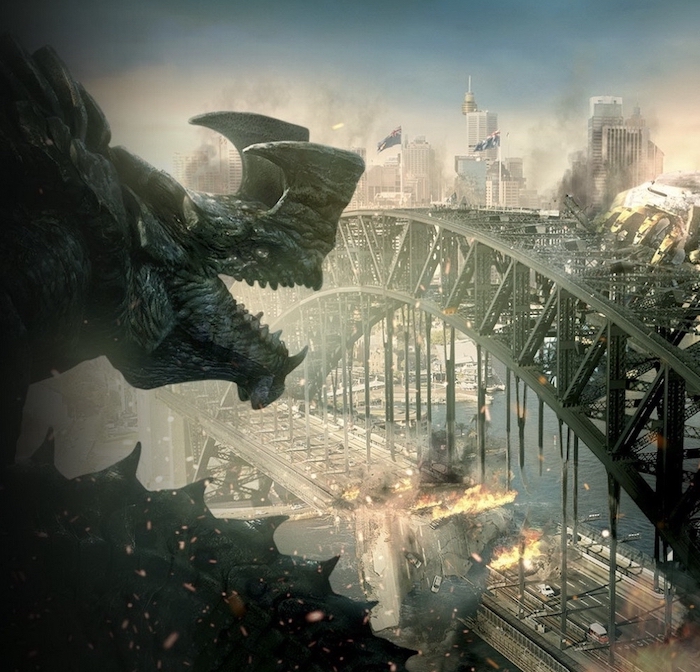