One of my favorite scenes in The Cult of We, the new book on WeWork by Eliot Brown and Maureen Farrell, is set in an alcohol-soaked field outside London. This was WeWork’s “Summer Camp” in August 2018 – just three years ago! – where thousands of employees watched on-stage talks by Deepak Chopra and others, in between sets of rave music and live bands.

Wine and beer flowed freely at the event. Employees were able to pick up drinks by flashing a wristband – but to avoid waiting in lines, many employees opted to pick up an entire bottle of rosé to consume as they stumbled around the fairground. The bacchanal lasted for days and, strangely, attendance was mandatory. One employee actually got fired for the inexcusable offense of leaving a bit early. More than one person wondered whether WeWork had become some sort of cult.

I interviewed The Cult of We co-author Eliot Brown this week on Techtonic (listen here, or download the podcast). Brown told me that he faced challenges while interviewing people who attended Summer Camp, because “it was kind of difficult getting some people to recall what happened” there. (Too many bottles of rosé, not to mention the rampant illicit drugs at the event.) But the book does recount one of the more striking moments, quoting a speech delivered by the WeWork founder himself, Adam Neumann:

With our members around the world we could wake up one day and say we want to solve the problem of children without parents in this world. We can win and do it within two years. . . . And from that we can go to world hunger. There’s so many topics we can take one by one.

It’s lunatic and laughable, of course. But it’s more than that. Having run some conferences of my own, my reaction was: What a waste. Really, what an incredible, colossal waste of resources. Catering and venue costs are always the biggest expenses of an event, and this company was handing out entire bottles of wine, in the middle of a fairground outside London, which most employees needed a transatlantic flight to reach. (And that’s before the speaking fee for Deepak Chopra who gave what was, by all accounts, a bizarre New Age ramble.)

But WeWork is not an isolated case. It’s important to understand, and The Cult of We takes pains to point out, that WeWork is just one example of “the great startup delusion,” as the book’s subtitle puts it. Many, if not most, funded startups in recent years have exhibited some WeWork-like behavior – wasteful spending, overblown claims, arrogant and self-serving leadership. Bad behavior is common in Silicon Valley because it’s richly rewarded.

VCs are constantly in search of “the next Facebook” – that is, a monopolistic behemoth that can use its vast resources to stamp out any competition before it arises, thus delivering an obscenely large return on investment. So VCs look for a CEO who fits within a narrow “phenotype,” as Eliot Brown put it in our Techtonic interview: a young, arrogant white male with a messianic self-image, possibly with a foreign accent. Adam Neumann had all of these.

Once they identify him, the VCs enable the founder to exercise total and unquestioned control of the company. In WeWork’s case, the board abdicated its governance role by unanimously approving all of Neumann’s decisions, no matter how insane or fraudulent. This fed Neumann’s raving-mad rampage, which only made VCs more hungry to get involved. As I wrote a few months ago in Venture capital and the WeWork con job:

Neumann gained more and more publicity with messianic pronouncements that his company would “change the world,” while rumors spread of drug use and sexual incidents within WeWork headquarters. The more salacious the gossip, the more the VCs wanted to invest.

Here’s Charles Duhigg [writing in the New Yorker]: “Despite the unprofessional atmosphere at WeWork, its valuation was doubling every year. ‘Everyone wanted in,’ a venture capitalist told me. ‘If you could deliver a piece of WeWork to your partners, they’d never fire you.’”

Any frenzy for quick profit leaves disaster in its wake. The outcome of a Silicon Valley-dominated economy is that you and I – “the rest us” – whether as citizens, or students, or patients, or customers – are left with disastrous digital platforms. These companies succeed not by creating a good user experience, but rather by unleashing infantile CEOs who appear to the VCs to be most likely to grow their startups into toxic, exploitative, metastasizing money machines. In this system, waste is more than inevitable. It’s by design.

VCs searching for “the next Facebook” are really looking for exactly this sort of arrogant, power-hungry leadership, as exemplified by Mark Zuckerberg. Just yesterday, the Federal Trade Commission summed it up nicely in a new antitrust complaint against Facebook. From a statement by the FTC’s Holly Vedova:

Facebook lacked the business acumen and technical talent to survive the transition to mobile. After failing to compete with new innovators, Facebook illegally bought or buried them when their popularity became an existential threat. . . . Facebook’s actions have suppressed innovation and product quality improvements.

In other words, if you have no talent or skill, try crime! It’s worked well for Facebook.

Waste in other places

Finally, I’ll acknowledge that wasteful practices extend well beyond Silicon Valley. An essay for another time, but the root cause is concentration of power, which is happening in a lot of industries outside tech (see Break Up Big Chicken by Binyamin Appelbaum in NYT Opinion, Aug 17, 2021).

I'm intentionally steering away from the news from Afghanistan, as it’s been covered in depth elsewhere, but I do want to point to an August 19 Bloomberg article about “how the U.S. blew billions” in wasteful spending there. ($549 million in planes sold for a few thousand dollars; a $36 million command post that sits abandoned; and so on.)

And back in February, I spoke with Annie Jacobsen, author of First Platoon, on Techtonic (listen to the interview). She described how the U.S. military built a surveillance state across Afghanistan. Beyond wasting taxpayers’ money on a doomed strategy, the surveillance platforms are now helping to make things even worse. As Wired UK reported this week, “The Taliban are rumoured to have gained access to a US forces biometrics database during their rapid sweep through Afghanistan, which would make it easier for them to identify individuals of interest.”

The good news is that there are lots of teams doing good work in tech (and a few of them are even VC-funded startups, happy exceptions to Silicon Valley’s rule). I list many of them at my site Good Reports, a list of superior alternatives to Big Tech’s toxic platforms.

Instead of Gmail, look at these four excellent email alternatives. Here are some great web browsers to ease you off of the spyware known as Chrome. And a half-dozen alternatives to Google Search, which you should avoid (and certainly never use the “g-word” as a verb).

Just think! A dozen teams, just in those three links, all working to build tools that are not monetizing totalitarian surveillance, not trying to take over the world, not led by Adam Neumann. The world is good. Tech can play a positive role. Here and there, things are looking up. 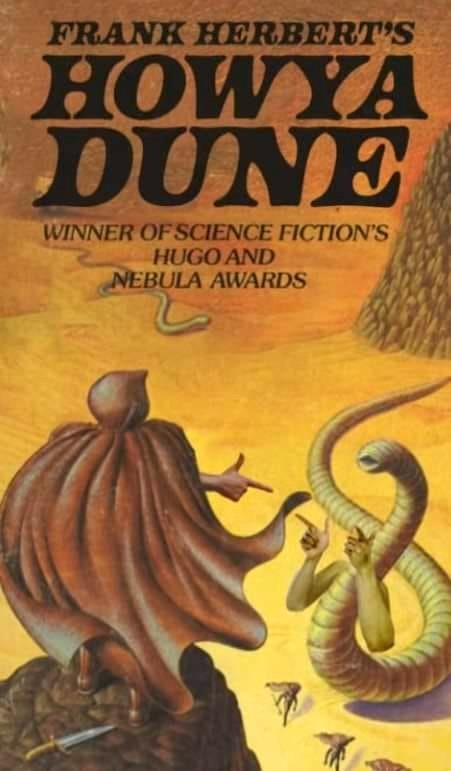