On resisting emperors and their delusions

I’ve been feeling strangely unsettled for the past few weeks. Nothing obvious has changed – my weekly deadlines for writing and radio broadcast are the same as always – but it has felt nonetheless like the ground has shifted. Or perhaps it was a shift in the air: earlier this week, the news was full of a historic rocket ride, while here in Manhattan, the late-afternoon sun was a bright, flaming red. Smoke from runaway wildfires three thousand miles away turned our air hazy and dangerous to breathe. The Californian smoke was coming east, just like the news of the soaring tech billionaire. Great distance miraculously bridged, borders crossed with ease. We wanted globalization, and here it is. Breathtaking news arrives on signals beamed through the toxic air.

I recently read the book Sand Talk: How Indigenous Thinking Can Save the World by Australian author and teacher Tyson Yunkaporta. The book only increased my sense of urgency. Tyson argues that our global machine has run its course, swallowed the world whole, much like Marc Andreessen boasted about software. Now the worm turns, full circle, to swallow itself. The ouroboros. Our ouroboros. Yunkaporta writes with surprising generosity and humility, given that his community has been targeted by the machine’s predation for so long. In one memorable stretch, Yunkaporta writes a poem about our world of fire, set ablaze in a vain attempt to build a shadow of the true connectivity we had before. That rang true this week.

On the day the sun turned blood-red, history’s richest man lay down inside a metal phallus and rode a flame upward, not to heaven, but to glorify his machine, all atop a column of air, a vast poisonous exhalation, all the way up. Whatever he was grasping for – fame, money, reassurance, justification, a celestial anointing – came back to earth, as all such attempts must. The rich man, upon descending to his followers, announced the vision he was given while floating above the mountaintops: the future, he said, would bring a sky full of exhaust, put there by the “polluting industry” he dreams of sending heavenward.

Another tin-pot emperor spoke up this week to hand down his own vision. This was Mark Zuckerberg, the only founder of a Big Tech goliath who still rules as CEO. Not content with a rocket to escape this tired world, Zuck proclaimed a new genesis altogether. His goal, he told an interviewer, is “to help bring the metaverse to life.” The metaverse is an idea proposed in the 1992 dystopian sci-fi novel Snow Crash, set in a future America beset by a failing economy dominated by a few exploitative tech giants. Of course Zuck has brought about that future, to some extent, in real life. So it makes sense that he wants Facebook to expand fully into the hellish surveillance state depicted in the novel. As Zuck described it:

[Y]ou can think about the metaverse as an embodied internet, where instead of just viewing content — you are in it. ... [and] the metaverse isn’t just virtual reality. It’s going to be accessible across all of our different computing platforms; VR and AR, but also PC, and also mobile devices and game consoles. ... I think that this is a persistent, synchronous environment where we can be together, which I think is probably going to resemble some kind of a hybrid between the social platforms that we see today, but an environment where you’re embodied in it.

Throughout the interview, Zuck kept repeating that word: “Embodied.” Zuck is offering us a rare moment of honesty, because he means what he says. The new genesis that he wants to “bring to life” will require your full embodiment. The ouroboros must swallow you whole.

Pollute the sky? Embody humanity in a corporate-controlled internet? Sometimes it’s hard to fathom how anyone could take these ideas seriously. For all their billions and billions of dollars, the emperors sound remarkably vapid. Who are they fooling?

But lots of people want to be fooled. In 1966, AI pioneer Joseph Weizenbaum created Eliza, a simple text-bot, that pretended to deliver a sort of psychotherapy. Mainly it just rephrased the user’s input text. “I’m sad,” the user might type. “Why are you sad?” Eliza would reply. It was a flimsy little trick, which Weizenbaum figured might amuse people for a few minutes. He was shocked to find that many users took comfort from the primitive algorithm, spending long stretches of time typing their innermost thoughts to Eliza.

Today, Eliza’s successors are robots, embodied versions of the same programming trick. These are robotic cats and robotic seals, often delivered to elderly patients who are starving for actual human connection. Our economy deems it less expensive to comfort the elderly with a robot, with the justification that “it’s a lot better than the alternative, which is nothing at all.” A recent New Yorker article quotes philosopher Robert Sparrow, who correctly diagnoses the problem:

For an individual to benefit significantly from ownership of a robot pet they must systematically delude themselves regarding the real nature of their relation with the animal.

Delusions seem to be the chief product of our tech-dominated economy today. The new book The Cult of We tells the story of Adam Neumann, CEO of WeWork, and his ability to lie so persuasively that he was applauded, and handed billions upon billions of dollars, in order to maintain and even inflate the lie. When the lie was finally unmasked, investors claimed to be shocked! – even as they had enabled Neumann’s fraudulent delusion for so long.

Chief among those investors was Goldman Sachs, a company that played a crucial role in at least two recent multi-billion-dollar con jobs. WeWork is one. The 2018 book Billion Dollar Whale recounts the story of another: the massive 1MDB fraud run by Jho Low, a Malaysian living in the US at the time. In both instances, with Jho Low and WeWork’s Adam Neumann, Goldman executives provided a constant stream of advice and support (and received no penalties, as far as I can tell, once the con was revealed – in contrast to the rare employees who raised concerns; they were liable to be ignored, demoted, or fired). In today’s economy, delusions pay a lot better than the truth.

Decadence and the police state

Precisely that idea – the growing surveillance state – was the subject of my Techtonic interview this week, as I spoke with Jon Fasman, longtime Economist writer and editor, about his new book We See It All: Liberty and Justice in an Age of Perpetual Surveillance. Well before we see whether the promise of “an embodied internet” comes to fruition, we face plenty of challenges from what Big Tech has already launched. Listen to the show (or download the podcast episode) and learn what the surveillance state looks like today.

To broaden the plot, in the midst of this decadence and Big Tech dominance is emerging an additional threat: China’s perfection of the totalitarian techno-surveillance state, with a growing military to support it. N.S. Lyons wrote an insightful summary of what China is doing. I'm tempted to say it’s required reading, but I have even more to recommend.

We have to pay attention to the ouroboros. Tech, money, power, illusions and delusions, Silicon Valley, China, and the climate crisis are all grafted together into this very hungriest of all caterpillars. We need guides as the world burns.

I could list many. For starters: Tyson Yunkaporta and his book Sand Talk as mentioned above, Shannon Mattern on how cities are changing, the always-insightful Chris Gilliard whose links to surveillance news I share a lot, and many brilliant guests on Techtonic over the years. In addition, two excellent writers I want to highlight are Paul Kingsnorth and L.M. Sacasas, unfortunately both hosted on Silicon Valley-funded Substack. But they’re worth reading – as well as, in turn, two writers they often draw on: Ivan Illich and Lewis Mumford, perhaps the two best English-language writers on “the machine” in the past hundred years. (Outside of the English language, I’d add Jacques Ellul, who wrote in French.) That should be enough to get anyone started.

If you want to continue to support my own efforts to raise the alarm, please chip in by joining Creative Good. Exactly 99% of newsletter subscribers are still yet to show their support. I really appreciate everyone who has joined me so far, as I try to describe where we are: 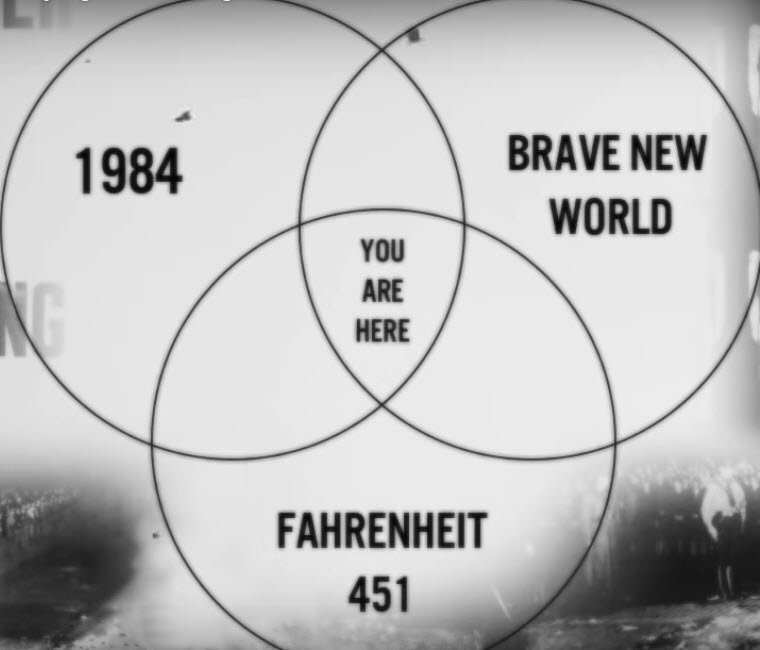 New members-only post (July 20, 2021):
🔒 On Pegasus spyware and Jon Fasman's interview on We See it All. (This is only for Creative Good members: you can join Creative Good to get access.)

Back in two weeks. Until next time,