We finally have a chance to break up Amazon

The moment I’ve been waiting for, for years, is happening as I type these words. The House Judiciary Committee is debating H.R. 3825, the Ending Platform Monopolies Act, which could lead to the breakup of Amazon – and perhaps other Big Tech giants as well. This is a move I not only support, but one that I think is essential, if we want to recover any semblance of competition in the market. I wrote two years ago that the showdown between Big Tech and democracy has begun, and these hearings are opening the next major act in that showdown.

The committee has already done excellent – and exhausting – work. Yesterday’s hearings on five other Big Tech antitrust bills continued into the early hours of this morning, I think adjourning sometime after 3am. Committee members are visibly tired, as you can see in the video here (live as I type this). While all six antitrust bills are listed on that page, a good summary of yesterday’s progress comes from Cecilia Kang and David McCabe at the New York Times: Antitrust Overhaul Passes Its First Tests. Now, the Hard Parts. (For more detailed play-by-play analysis, see the Twitter threads by Matt Stoller, Ron Knox, and Leah Nylen.) There’s also this summary of the whole two-day hearing by Makena Kelly at The Verge.

It’s a bipartisan effort, with most Democrats and several Republicans in support of Big Tech antitrust. (Several video clips are here: bipartisan and 90 seconds long.) But there are breakaway fringes. On the right, some Republicans exclusively hammer complaints about free speech (how the Google algorithm “silences conservative voices,” a claim that I’d only partially agree with, and with caveats) while they say little to nothing about the monopolies killing off competition. And on the left, some Democrats based in California are shamefully defending the giants headquartered in their districts. Contrast this with the admirable statements by Rep. Pramala Jayapal, from Amazon’s home district in Seattle, who continues to point out Amazon’s outrageous behavior as a bullying monopoly.

Depending on which company you look at, Big Tech offers a long, painstakingly documented track record of fraudulent, tax-dodging, deceitful, exploitative, racist, and at times murderous behavior that threatens all of us. Facebook, Google, Amazon, and Apple (and Microsoft and others) richly profit from destroying our privacy, the competitive economy, civil society, and the very idea of democracy. For any lawmaker, of any party, to defend these companies – no matter where they’re based – is, to put it charitably, deeply disappointing. Breaking up these companies is merely a first step in what should be done, but it’s a good first step. (Further steps may be found in my March 25 column: Yes, handcuffs will fit Big Tech CEOs.)

It’s important to understand the significance of today’s bill on Amazon, so I’ll quote Stacy Mitchell, co-director at the Institute for Local Self-Reliance, writing this morning about the “structural separation” – that is, the possible breakup – enabled by the bill:

Under the bill, Amazon would become several companies, rather than one. That would be hugely beneficial to independent businesses, innovation, working people, and consumers. Here’s why. Virtually all of Amazon’s power to exploit other businesses, crush competitors, and rapidly dominate new industries is derived from its integration — the fact that it operates several dominant platforms and also sells its own goods & services on those platforms.

If you’re a device-maker, for example, and you don’t integrate Alexa the way Amazon wants, Amazon will demote your product in the search rankings on its shopping site. There are many different kinds of examples of this, but they’re all basically the same move: Amazon uses its dominance as a gatekeeper to the online market (or to the voice market) to bully and exploit a supplier or competitor in a completely different line of business.

This is how Amazon is rapidly taking over one industry after another. It uses its monopoly power in e-commerce to dominate adjacent sectors. ... Along the way, independent businesses that have better products and services are wiped out. Amazon steals their best ideas and preferences its own products.

You can imagine how hard this all is for the lobbyists! For years, Big Tech has spent more than any other sector on its growing army of high-paid smooth-talkers, trying to ease their employers’ way toward another few years of unregulated exploitation of the vulnerable. So it makes sense, as the NYT reported, that Tech Giants, Fearful of Proposals to Curb Them, Blitz Washington With Lobbying. Public Citizen’s Jane Chung also points out how Amazon lobbyists are lying about the antitrust bills. Politico’s Emily Birnbaum reveals the lobbyists’ lame attempt at reframing.

And if you’re thinking, “at least we can trust the research from think tanks”: here is Shoshana Wodinsky (past Techtonic guest) with a reality check: Here’s Who Funds the Tech Think Tanks Asking Congress to Reconsider This Whole Antitrust Thing. Many think tanks are no different from the paid lobbyists.

• How Amazon Bullies, Manipulates, and Lies to Reporters (by Ali Breland in Mother Jones, June 25, 2021), a story released today about how Amazon’s bullying extends beyond lobbyists and captured think tanks. TechCrunch’s Zack Whittaker says it also happened to him.

• Why Did Congress Just Vote to Break Up Big Tech? (by Matt Stoller, June 25, 2021): good summary of all six antitrust bills and their significance. “What matters ... is that the Judiciary Committee found the votes to pass them. These members would have voted for well-structured bills, and writing well-structured bills is quite doable. And that is truly stunning.”

• Also posted today (June 25), How Washington got back into trustbusting (by Ron Knox in the WaPo, June 25) - good overview that links to a WaPo review posted just as the hearings ended yesterday: Big Tech antitrust bills pass first major hurdle in House even as opposition grows.

• Stacy Mitchell posted this reaction after the end of the hearings: “We applaud Rep. Cicilline, Rep. Jayapal, and Rep. Buck and other members of the Committee for standing up to Big Tech. These corporations must not be allowed to continue to wield their extraordinary power to crush independent businesses, exploit working people, and harm communities.”

...and a few links that, in my rush to publish, I failed to include in this column when I posted it yesterday:

• Matt Stoller explains why Amazon Prime Is an Economy-Distorting Lie (May 30). And Karl Bode posts this thread about the embarrassing profusion of media stories covering Amazon’s sale day.

• Matt Burgess points out Amazon’s surveillance of you – “every click and mouse movement is tracked. And that’s just the beginning.”

...and now, the rest of the column as posted yesterday:

What you can do

You can help fight back against the threat posed by Amazon and the rest of Big Tech, all their lobbyists, their not-very-smart think tanks, and the (thankfully, few) lawmakers who still want to defend them. I have two suggestions:

2. Wherever you live, avoid shopping at Amazon, avoid shopping at Whole Foods, and get rid of any Amazon spy devices – Ring, Echo, etc. – in your home. David Strom quoted me in his piece, Amazon’s “Just Walk Out” tech, about Amazon’s increasing surveillance of customers’ palm prints and other biometrics, supposedly to make checkout easier:

Mark Hurst told me he no longer shops at Whole Foods since it was purchased by Amazon and has cut down on his overall Amazon usage. He is steering clear of Amazon One, saying “it is not about checkout, it’s about Amazon gaining more biometric data on Americans that it can fuse with other data on behavior and location for its surveillance-capitalist business model. Amazon is destroying Americans’ privacy for profit.”

Once Amazon and the other monopolies are broken up, we can get back to having some good clean fun with Internet memes. 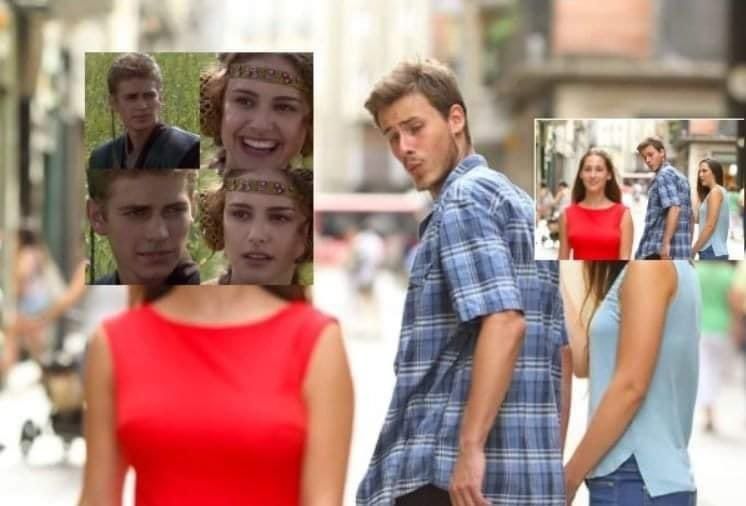 New members-only column (June 23, 2021):
🔒 My simple, brief, and totally wrong explanation of Bitcoin: a list of resources and pointers to understand Bitcoin and how it compares with other cryptocurrencies.