At first I was a little amused, in a macabre sort of way, by Amazon's newest product launch, the Always Home Cam, developed by Amazon's Ring division. Ring, of course, is the surveillance video doorbell now being marketed by Amazon in partnership with local police departments across the country. (Audio and video from those little cameras gets shared with Amazon and the police for further algorithmic processing.) The Always Home Cam, though, takes the surveillance to a new level.

It's a flying camera. 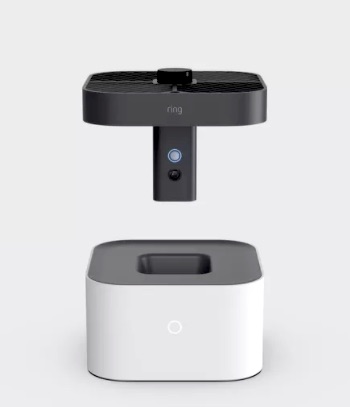 We're supposed to allow Amazon to fly its cameras around our homes, taking video footage? My first thought, as I posted, was: "OK, now they're just trolling us." Really, is Amazon even trying to hide its creepiness?

Then I saw the news of Amazon One, which "uses the palm of your hand to identify you, using a combination of surface-area details like lines and ridges, alongside vein patterns to create a 'palm signature.'" Amazon wants us to scan our hands to turn them into credit cards. Our very bodies, transformed into objects, for the convenience of the payment processor. And once those servers get hacked, then what? I suppose we'll all need to replace our hands.

Seeing the news of these and other Amazon launches, I posted: "I'm beginning to wonder if Amazon is ever going to announce anything that is not about surveillance."

And yet there was more.

Evan Selinger pointed out the new Ring Mailbox Sensor, a little surveillance device monitoring when your mailbox is opened. This might seem innocuous, Selinger wrote, but "it's part of the larger effort to normalize consumers into desiring an array of surveillance products that extend the camera's eye as far as it can be pushed."

Khari Johnson summarized it well: Amazon is embracing surveillance-as-a-service. Our future, if Amazon gets what it wants, will be one in which you are visible on surveillance cameras, and audible on microphones, everywhere you go, for the rest of your life.

More from Amazon, and a response

There was other Amazon news, too:

• Bloomberg reported on an Amazon bribery scheme, in which low-level Amazon workers were paid off: "For a few hundred dollars you could get an Amazon insider to erase negative customer reviews about your products. And $5,000 would buy a 'takedown,' in which company consultants conspired to eliminate a competitor from the site."

• Powell's Books, the much-loved bookstore, is boycotting Amazon. Powell's CEO Emily Powell: "For too long, we have watched the detrimental impact of Amazon's business on our communities and the independent bookselling world."

Seeing this multi-pronged assault on our privacy, our workers, and our economy by one of the world's richest companies, led by the world's richest man, it can be tempting to lose heart - or, worse, to accept that all of this is "inevitable," that somehow the designed order of things is a progression toward feudalism and oligarchy benefiting a few Silicon Valley companies.

But I've decided to stay positive, taking encouragement from, of all things . . . a demon. And if you'll humor me for three sentences, I'll explain why.

The physicist James Clerk Maxwell proposed a thought experiment in 1867: let's say you have a closed box, full of air, with hot molecules and cold molecules all mixed together. What if there was some intelligent agent - call it a "demon" - separating the hot air from cold, thus "unmixing" the air inside the box? Below, from Wikipedia:

Of course this would never happen on its own (ref: the second law of thermodynamics). On its own, a box of air mixes the hot and cold together. But Maxwell's demon changes that. Things happen by default unless there is some intelligence added to the system. Maxwell's demon, in other words, shows that we can avoid an "inevitable" outcome, if we merely spend some thoughtful energy to change the system.

I know this is an unusual digression - thermodynamics in the middle of an anti-surveillance update! - but there are lessons here that transcend Amazon, and the rest of Big Tech, to apply to our technological age.

The lesson is simple: Nothing is inevitable. We get to choose, we have to choose, the future we want. While it's looking like we'll increasingly be surrounded by digital technology of one sort or another, we don't have to accept the products that Amazon - or any other Big Tech company - is trying to impose on us. (Of course, I'm taking the long-term view, since many people today really don't have a choice but to use these products.)

Any sort of resistance - in addition to being a long-term process - will require energy and intelligence, as shown in Maxwell's demon. Whether we act individually (throwing out our Alexa devices, refusing to buy a Ring, and so on) or we act collectively (as voters, activists, and organizers) we can invest energy in creating an outcome far different from what Silicon Valley wants.

The default today in Silicon Valley is daunting: exploitative business models, deceptive marketing, perjury in congressional hearings, and deadly outcomes. I'm reminded of the products themselves, which ship with the default settings that benefit the company, while the healthier options are buried in an advanced menu somewhere.

Our job is discernment: intelligently determining the better option, then investing the energy to make the change. By doing so we'll reward the good technology, abandon the bad technology, and sometimes even opt for no technology at all. The world will be better for it. 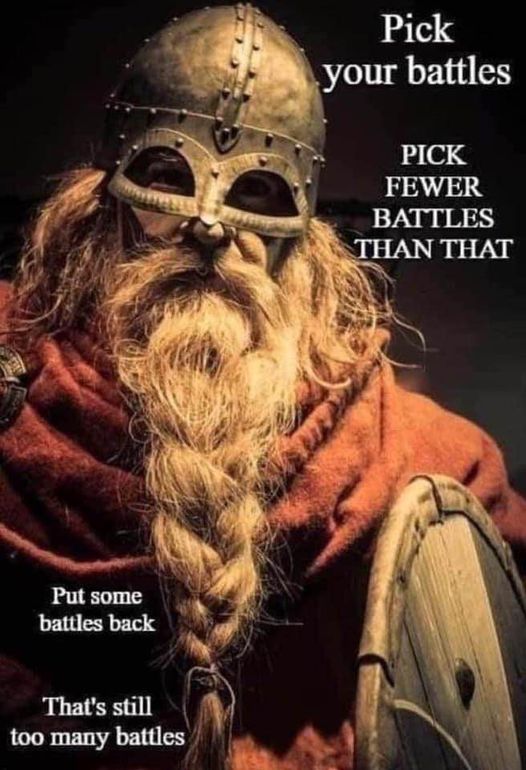 • Surveillance and the shell game (August 27, 2020), my recent column about yet more Amazon surveillance

• A simple tech ethic (July 23, 2020), my suggestion for conceiving and building tech in a new way

As always, if you want to share these thoughts, please tell your friends to subscribe. I appreciate your support.